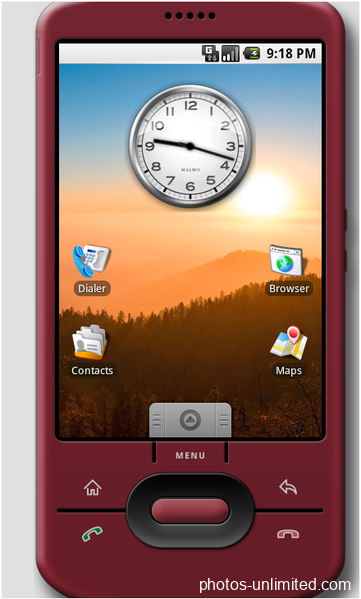 Android is a software platform and operating system for mobile devices, based on the Linux kernel, developed by Google and later the Open Handset Alliance. It allows developers to write managed code in the Java language, controlling the device via Google-developed Java libraries. Applications written in C and other languages can be compiled to ARM native code and run, but this development path isn’t officially supported by Google.

The unveiling of the Android platform on 5 November 2007 was announced with the founding of the Open Handset Alliance, a consortium of 48 hardware, software, and telecom companies devoted to advancing open standards for mobile devices. Google released most of the Android code under the Apache license, a free-software and open source license.

Recent Posts
Archives
© Copyright Photos Unlimited. All rights reserved.
Please Note: All photos are watermarked digitally and downloading of these images without the photographer’s permission can be traced.
Back To Top
×